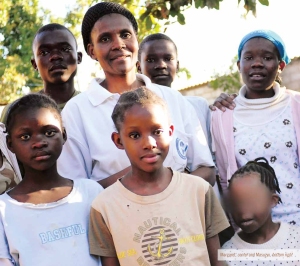 I was in the car the other day and a song came on that apparently starts with President Obama talking.  He was talking about 30 lost lives recently from the attack on the Seals division.  (I’m sorry to say I didn’t listen to the song, so I don’t know what it was attached to.)

It got me thinking about those lives lost.  The families and friends who are now having to deal with those beloved people not in their lives anymore.  The devastation, the grieving.

But my mind immediately went to those who lose their lives everyday and don’t get a tribute song on the radio.  Or news specials.  Or any recognition at all.

Now, before you fly off the handle and think this is going to be an un-patriotic, callous Gen-Xer writing about war….hang on.

I don’t think we should take away from the tribute to those who gave their lives in this war.

But I don’t want to forget the thousands of men, women and children who have to give their lives WITHOUT a choice.  Of course, these soldiers did NOT have a choice about when their lives would end in war.  However, since we are not drafting for this war, they did have a choice about whether or not they joined whatever branch they joined.  They knew the risks when they made that choice.

Does that make their death less tragic?  Of course not!  Death is never ok.

But I don’t want us to forget the children who are kidnapped, taken, sold, stolen and forced by torture and brainwashing to fight wars and tender young ages.  The 8, 10, 12, 16 year old boys carrying guns as big as they are.  At an age when they should be learning the value of life they are being forced to shoot at anyone who comes at them.

And these people lose their lives too.  Their life is a LIFE.  A life that is extinguished long before it should be.  A life that is miserable, disregarded, beyond what my brain can even comprehend….and then it is taken from them.

They had no choice.

And once they are in it, they often have no choice to get out.

Unless someone rescues them.  International Justice Mission does just that.  And there are so many other wonderful organizations who have the same goal!  Not for Sale is another amazing organization working to educate us and STOP this atrocity in our world.

I’m excited to make my first donation from VDub Designs very shortly here to keep my commitment to send 10% of anything I make to IJM.

So each time we hear of another soldier lost, and grieve with that family and those friends, let’s ALSO remember the thousands in our world right now who don’t have a voice.

Be their voice.  Pray for them.  Care for them.  They are also brave, beautiful, precious, VALUABLE human beings!  God sees them, let’s try to have His eyes and see them also!

“Then the King will say to those on his right, ‘Come, you who are blessed by my Father, inherit the Kingdom prepared for you from the creation of the world. For I was hungry, and you fed me. I was thirsty, and you gave me a drink. I was a stranger, and you invited me into your home. I was naked, and you gave me clothing. I was sick, and you cared for me. I was in prison, and you visited me.’

“And the King will say, ‘I tell you the truth, when you did it to one of the least of these my brothers and sisters, you were doing it to me!’

That word is filled with pain.  It is one of the most abhorrent acts humans have done to one another.

Humans are NOT property!  We are not to be bought and sold!  Our innocence should not have a price tag and go to the highest bidder!

I have gotten bits of information through the last few years about how human and sex trafficking is STILL going on today….in HUGE numbers!  All over the world…including in the USA!

Men, women, and so many CHILDREN are being bought and sold and forced to do unspeakable things.

Children are being sold by their families in order to pay bills!

Women and children are told they are being hired for a job, shortly afterwards finding out they were just tricked into sex slavery and being forced to have sex with anyone who will pay for them.

I have not done anything up until this point because it is SO overwhelming to me.  I can’t even explain the pain I feel anytime I read about any of this.  I think of how desperate a parent must feel to “sell” their own child into slavery.  And then what happens to those sweet innocent children…

It breaks my heart into a million pieces.

And I’m one, tiny, insignificant person.  What can I do???

Well, I’m starting to do SOMETHING.  Hopefully it will balloon into more….but it has to start SOMEWHERE.

My business, VDub Designs, will now be giving 10% of everything made to International Justice Mission.  You can read about it Creativity for a Cause here and also donate there directly if you’d like.

If you want to know a little more about what IJM does, watch this video.  I promise you won’t regret it…except that your heat strings may get tugged too.  And you may not be able to sit by and do nothing.

Welcome!
I'm glad you stopped by and hope you enjoy your visit!
A little bit about me and this bloggy thing:
I am a wife, mom and follower of Jesus. I write from the heart, the good and the bad. I don't sugar coat things. I don't see how that really does much good. Life has taken some sharp (and sometimes painful) turns lately, so that is much of what I write about.
I hope you enjoy your visit and would love to hear from you!